A 20-year-old college student from Arizona has made an exceptional recovery at Barrow Neurological Institute after becoming paralyzed from a rare neurological condition called Guillain-Barré syndrome while on vacation in Spain earlier this month.

Kara Dunn’s story made international headlines as her family worked tirelessly to bring her home to the United States for medical care. Today, Dunn walked into a news conference at Barrow to speak publicly for the first time and to thank the community and her medical team at Barrow for their support and care.

“It was the most terrifying two weeks of my life,” Dunn says about the time she spent in the intensive care unit in Spain. “I was unable to speak or move, and the doctors weren’t sure I would survive.”

The University of Arizona pre-med honors student was traveling through Spain with a friend when she began experiencing paralysis in her face on June 3. The paralysis continued to spread through her body and within hours of arriving at the nearest hospital, she had lost movement in her arms, hands, legs, and feet. Dunn’s respiratory system was also starting to fail. She was intubated and later developed pneumonia, further complicating her case.

Dunn’s brother Ryan, a medical student at the Mayo Clinic – Phoenix, consulted with physicians in the U.S. and communicated with her doctors in Spain. After multiple conversations between the physicians, Dunn was officially diagnosed with Guillain-Barré Syndrome, a rare neurological condition that causes the body’s immune system to attack the nerves. Once her brother and mom arrived at Dunn’s bedside in Spain, they began working on a plan to bring her home.

“We wanted to bring Kara home as soon as possible, but we first needed to make sure she would be transferred to the hospital most experienced in treating neurological conditions,” says Ryan. “We contacted Barrow, and they helped us make the arrangements for her to receive care at the renowned institute.”

Dunn was medically airlifted from Spain to Barrow in Phoenix on June 15. Once at Barrow, she began intensive neuro-rehabilitation under the direction of Christina Kwasnica, MD, where she regained movement and began to walk. Just less than three weeks from arriving at Barrow, Dunn will be discharged from the hospital later this week.

“Kara is having an amazing recovery,” said Dr. Kwasnica, who is the medical director of Barrow’s Neuro-Rehabilitation Center. “I expect her to make a full recovery but she will have to continue working hard to be ready for school this fall.”

Dunn is grateful for the medical treatment she’s received at Barrow, her family’s encouragement and love, and the outpouring of public support.

“I will never be able to thank everyone adequately for the love and support they have shown me throughout this experience,” says Dunn. “I’m incredibly appreciative for Dr. Kwasnica and the Barrow medical team who got me back on my feet and helped me make a relatively quick recovery. I’m also extremely thankful for my family who was by my side and helped me to remain positive. The support from the public has been overwhelming and wonderful.”

Barrow, which is located at Dignity Health St. Joseph’s Hospital and Medical Center, is known throughout the world for providing cutting-edge treatment for people with brain and spine disorders and performs more brain surgeries than any hospital in the United States. It is also home to the renowned Muhammad Ali Parkinson Center. 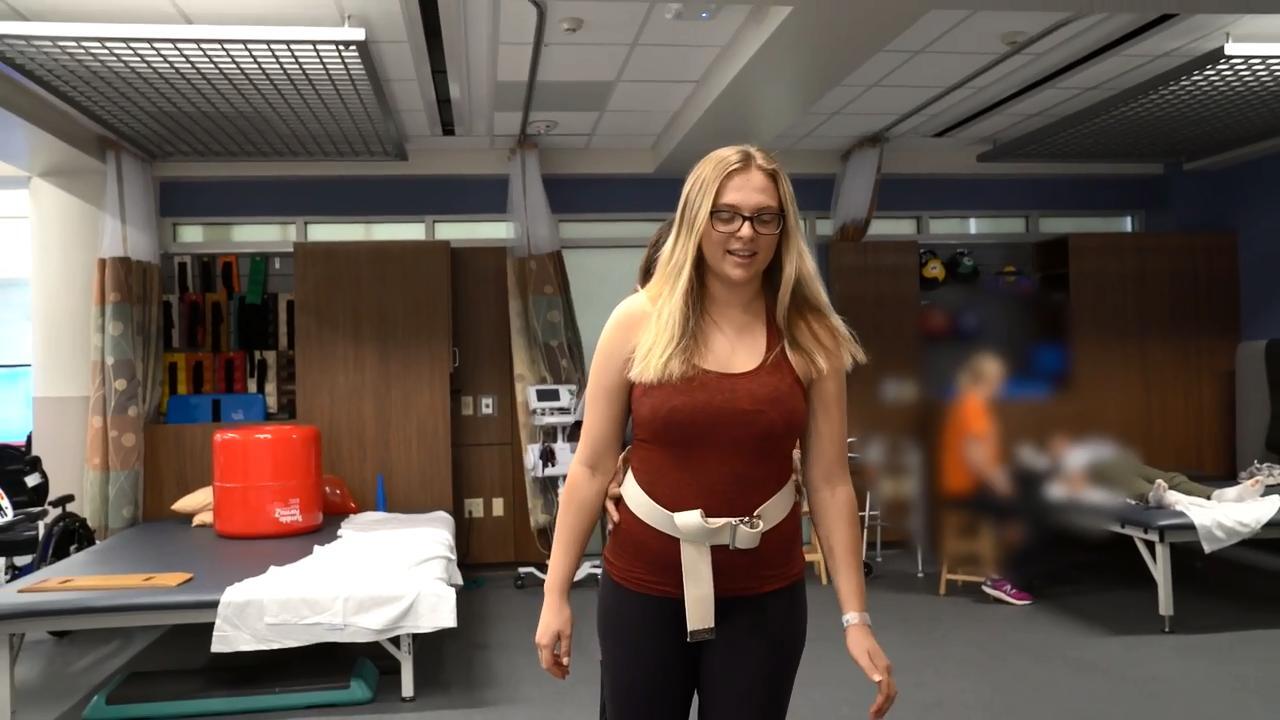